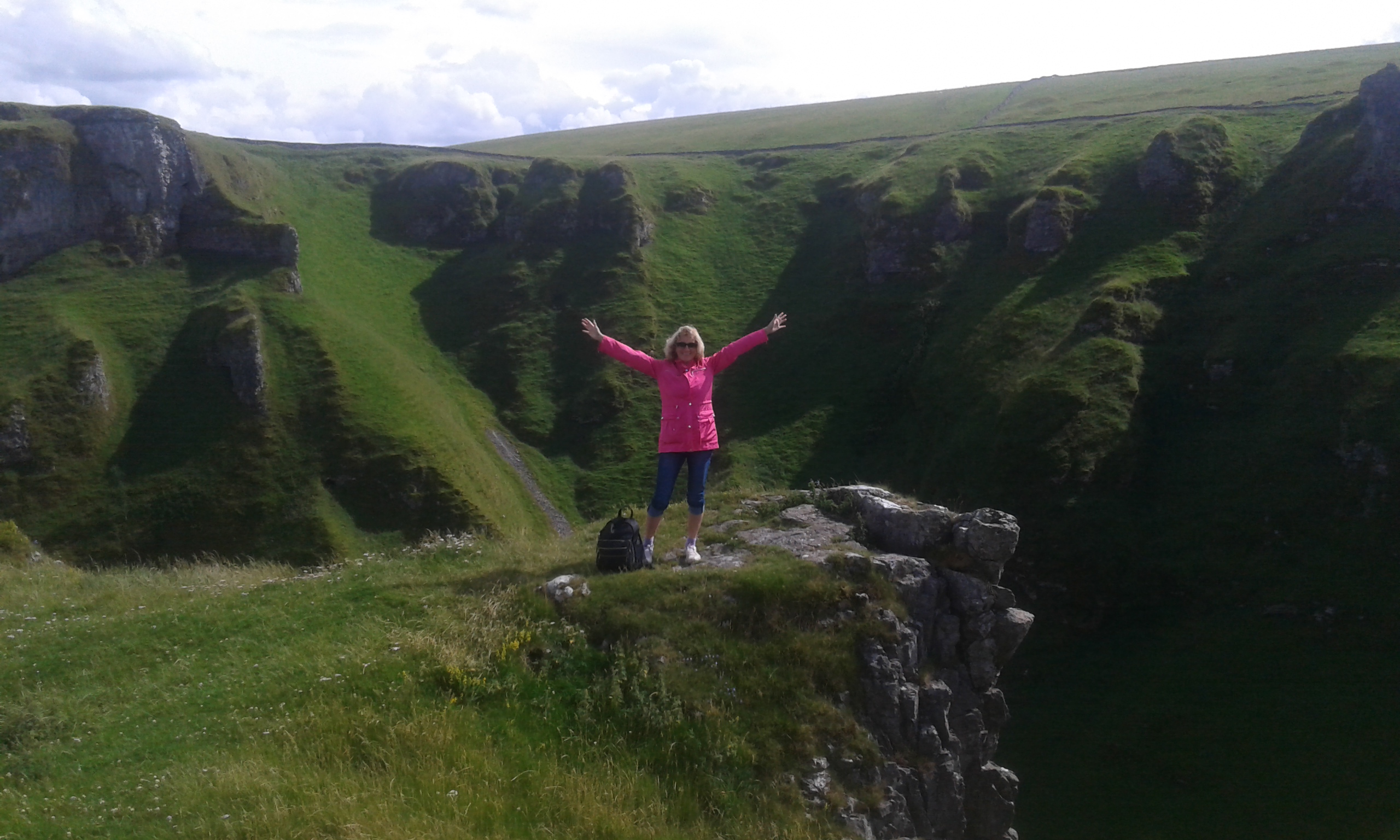 On Saturday I went by train to a small village called Edale and walked  over Hollins Cross to a big, black mountain Mam Tor, then down to Castleton, a beautiful, old mining village with castle ruins. 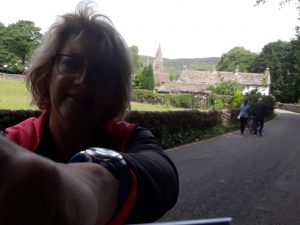 There was an old cementary opposite the church. 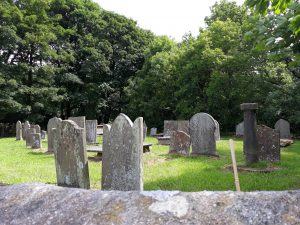 The road was winding across fields usually surrounded by stone walls. You can enter through special old gates called 'stiles’ 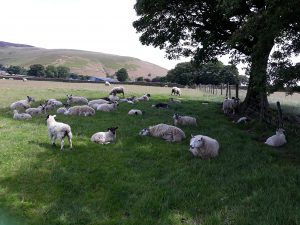 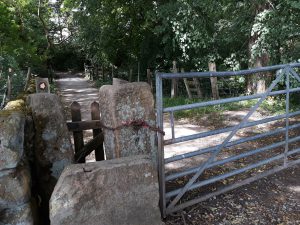 You need to lock the gate behind you not to let the sheep escape. One gate was of  the type called 'stone squeezer stilt’: 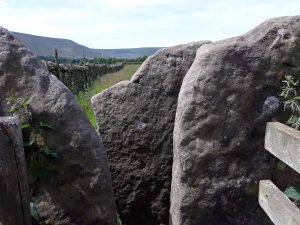 It was really difficult to squeeze through !

Having walked a steep hill I reached the ridge. This was a route to carry coffins from Edale Valley to Hope Valley where Castleton church is.

These are old mountains built of limestone and gritstone. They are really moorlands with the highest point, Kinder Scout, of 636 meters over the sea level. Yet the views were spectacular. Then I walked up to Man Tor 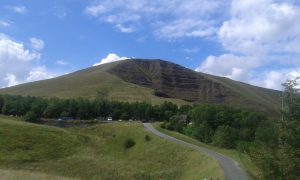 The road winds along a canyon 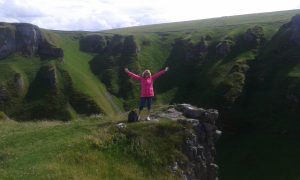 Going down the steep hill I passed three caves where famous stone 'Blue John’ was mined. 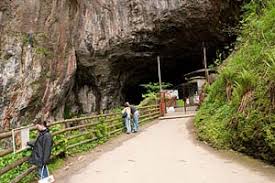 The bottom of the valley used to be a warm sea long time before dinozaurs so the hills are made of an enormous, fossilised reef. This is why you can buy fantastic fossils here even for as little as 2 pounds. I finished off with rum and raisins ice cream . 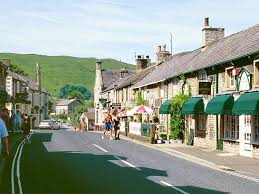